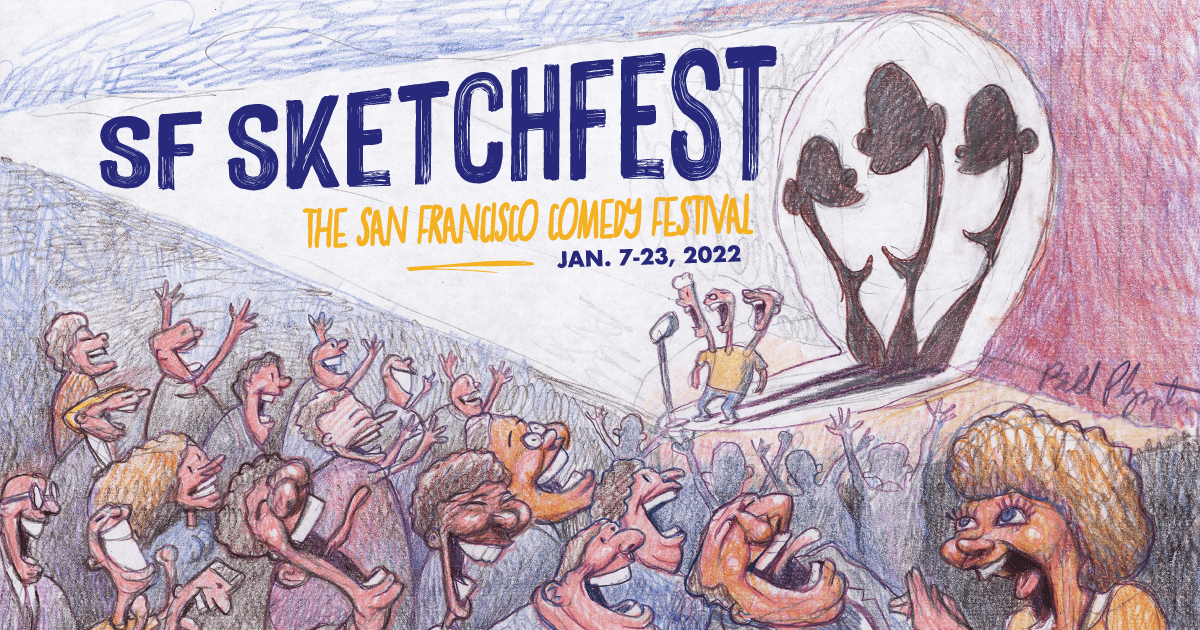 To celebrate its 20th year, SF Sketchfest is thrilled to feature original artwork by legendary animator and cartoonist Bill Plympton, who was saluted by the festival in 2019. Mr. Plympton’s custom art for the festival reimagines the origins of the festival’s three-headed logo, and honors the many years of belly laughs that audiences have brought to the event. Considered by many to be the King of Indie Animation, Plympton won an Academy Award for his short, “Your Face,” and the Cannes Palme D’Or for his short “Push Comes To Shove,” and has collaborated with artists as diverse as Madonna, Kanye West and “Weird Al” Yankovic.

Be the first to hear about SF Sketchfest announcement and events.